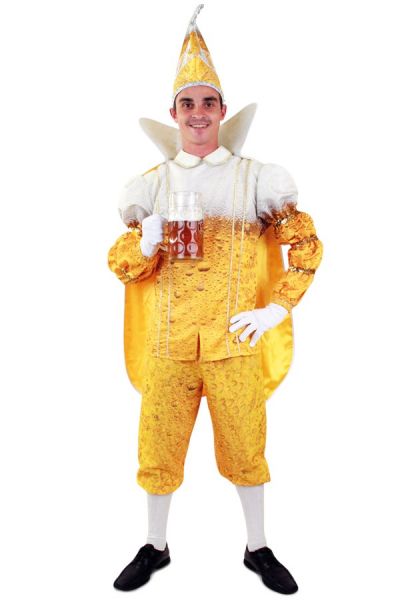 Privacy Information: The sharing buttons are implemented as a link. No data will be transmitted to third parties without interaction.

Description Evaluations 0
Description
If you don't want to be holier than the Pope, choose this Prince Pils suit and be the king of... more
Close menu
Product information "Prince lager the king of the beer costume"

If you don't want to be holier than the Pope, choose this Prince Pils suit and be the king of beer. Carnival without beer is just as conceivable as an Oktoberfest or a JGA party without beer. Hilarious costume that literally has the beer to your lips.

Prince lager is the nickname for anyone who likes a beer. So why not with Carnival in this beautiful princess suit? Maybe an idea for the Oktoberfest or a bachelorette party?

Prince costume prince lager the king of beer is of course the ultimate beer box for Carnival 2022, which is why it would not fit into the protocol is a mystery to me. Buy a beer print princess suit.